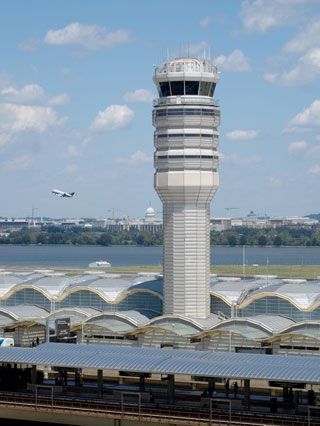 Command Phone is a VoIP emergency notification system that is customized to your needs, from the simplest tower-to-ARFF ringdown to a massive group conference bridge that instantly brings together ATCT and ARFF plus police, operations, airport manager, maintenance, and all airline offices.

The BnC Group Command Phone meets the requirements set forth in F.A.A. circular 150/5210-7D to keep crash phone operations on-site and bypass any systems that might delay the delivery of critical messages. The typical CommandPhone crash phone system relies on a fiber optic network between critical points such as the ATC tower and ARFF station. A highly reliable server acts as the bridge to all endpoints, allowing flexibility in programming as needs change.

You can start small with just the tower and ARFF station. As the airport expands you can add additional endpoints in the Airport Operations and airline offices. You can choose which endpoints have two-way audio and which will be listen-only to minimize noise and distractions.

Command Phone is more than just phones. You have the flexibility to include overhead paging speakers in addition to, or in lieu of, a conventional telephone station. Add a RoIP (Radio over IP) gateway to transmit the crash call over a radio channel to units out on the tarmac.

Strobe lamps at key areas of the ARFF station and Ops provide visual alert indication where high noise levels might impair intelligibility of the audio message or where a voice message would be intrusive.

The Command Phone system can even trigger the ARFF station alerting system to open the bay doors, turn off the gas stove, turn on the lights, and activate other functions at the start of the call.

If your airport has its own communications center you are not limited to only the tower calling the ARFF station. Emergency calls for fire or rescue service on the airport concourse can be initiated from your comm center without calling the tower and other endpoints, as your needs and policies dictate.

You can also make routine paging announcements over the ARFF station speakers without triggering the station alerting system. Some airports use an additional call level to broadcast announcements such as weather-related closures to all the airline operations offices.

Of course, the ARFF Watch Room phone is commonly programmed to call the ATC tower, just like the old analog ringdown phone systems.

Our crash phone systems have been in daily use in over twenty airports across the United States since 2007.